I spent maybe way too much time on my site's menu, and it has a lot of Javascript.
Sooo... if it looks odd, try enabling Javascript. 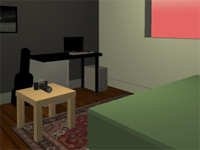 Press
IndieGames.com
Rock, Paper, Shotgun
IndieStatik
JayIsGames
GiantBomb Worth Playing
YouTube Let's Plays
Made initially for the 2nd 7DFPS jam but finished about 3 months afterwards in late 2013. FOC/US is a short first-person game about finding people in a dream and talking to them. Uses an interesting view mechanic that was probably not as fleshed out as it could have been. Emphasis on themes of isolation, player-as-observer, and maybe a little fatalism.
GIVE IT TO ME 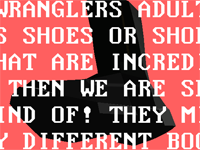 Play (Unity)
Made in 2012 for the IMPROMPTU SPAMBOT GAME JAM, inspired by the incoherent ramblings of a spambot. WARNING: Massive attitude, massive sass.
Dystocratic Process 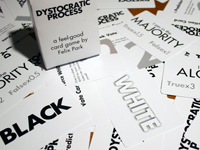 Rules (PDF)
Gamecrafter page
A four-player card game I made in 2012. Dystocratic Process takes place in a future ruled by an AI who loves "democracy." Each round players vote on the arbitrary values of black or white, gaining points based on their vote, whether they are with the majority or minority, and whether they vote with or against the AI (an automatically decided vote). The player with the most points at the end wins (this includes everyone losing to the AI). The game is about voting psychology, information, game theory, and being a bastard.
MARCH 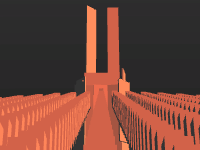 Press
Radiator Blog
Indie Games Dig
Made entirely by myself (except for music and some sound) under mindful xp in 2012. MARCH is a first-person exploration game about a broken down relationship. It's an experiment in abstract spaces, implying narrative through spaces, subtle writing in games, using personal experiences, and betraying player expectation.
exhaust 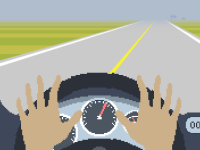 Play (Flash)
Post-Mortem (by Dan Lin)
Made with mindful xp in 2012. exhaust is a very, very simple game about life. It teeters between being a game people find pleasant or find incredibly loathesome. In other words - a success!
Scott Told Himself

Play (Flash)
Post-Mortem (by Mike Lee)
Made with mindful xp in 2012. A typing game about being comfortable with oneself. As Scott Chen, players play out hypothetical scenarios, choose actions, and type out the thoughts and words of Scott as he goes through a not-so-typical workday. Scott Told Himself is an experiment in narrative presentation and putting a player into an "identity" that, while still pretty wonky, is something I'm proud to have made.
Connections 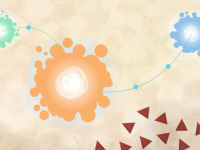 Press
DualShockers
L'Oujevipo (French)
Games That Exist
Made with mindful xp in 2012. An abstract shooter about the difficulties of maintaining relationships throughout life, as players juggle spending their "focus" between their families, friends, and external factors. It was a great exploration in how minimal procedural narrative needs to be to be affecting, as well as the use of gameplay systems for metaphor (I wrote a bit about system abstraction here after we finished).
R-evolution 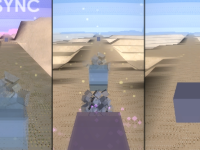 Site/Download
Post-Mortem
Contest Write-Up
Made with mindful xp for Experimental Gameplay Project's 5 BUTTONS Competition in 2012, a 5-player racing game that subverts competition into cooperative play through simple mechanics. Developed within a week, R-evolution was required by the compo to function as a gallery installation for a unique 5-player platform. Later took Third Place in the associated STATTMEDIA Game Contest, having been exhibited in the Stattbad Wedding Gallery in Berlin, Germany.
mindful xp 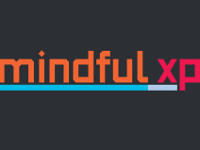 Press
Polygon
Gamasutra
GameCareerGuide
Graduate research project in 2012. mindful xp is a three-person game collective, making games that utilize the strength of games as a medium to convey meaning. Within the team I was the lead designer and producer, and as a collective we made a total of 9 games in a semester's time, with me designing 5 of them. Our eventual work compilation was a Student Showcase Finalist at the 2013 Independent Games Festival.
Super Ouro Bros 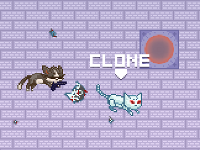 Site/Download
Made with mindful xp team for the Global Game Jam 2012 theme "[picture of ouroboros]". Super Ouro Bros is a 2D platformer shooter, with an AI powered by... YOU, THE PLAYER! A challenging game that is also a stellar (in my opinion) send-up of Metal Gear Solid.
LinguaLoco 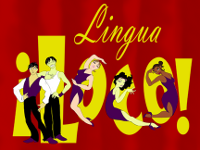 Site
Promo Video
Graduate research team project making a Spanish language assessment game for McGraw-Hill's online division, made in 2011. As students play through the Spanish soap opera-themed story and minigames, the game tests and records their performance in language and reading comprehension, storing the data for later teacher access (in an understandable format). I designed the assessment system, facilitated the user testing and feedback, and acted as producer and client contact.
Rex Furum 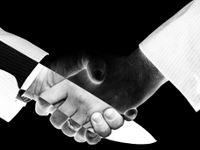 Rules/Post-Mortem (PDF)
Rex Furum is a email-based strategy game about corporate embezzlement I created in 2011. After five playtests, 176 emails were received from players and 340 emails were (manually) sent. With mixed feedback from the utterly enthralled to pretty disengaged, it's an unpolished gem that would do well with an automated email bot.
Nova Grazya 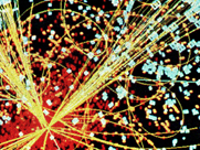 Module/Post-Mortem (DOC)
Pen-and-paper RPG module made in 2011. Set in the titular Nova Grazya research facility in Antarctica, players play the role of a team of researchers waking up after a horrific incident that has thoroughly distorted reality within the facility. With an emphasis on lateral-thinking puzzles, it be can enjoyed by both new players unfamiliar with conventional RPG systems and veteran players alike.
The Devil's Dice 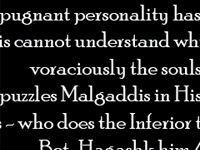 Rules (PDF)
Post-Mortem (DOC)
A dice game I made in 2011. It's four players with four six-sided dice, with an interesting bit of dexterity that is reminiscent of Jacks or gonggi (a Korean children's game). After 11 iterations of it I ended up with a pretty solid version that is still fun to break out every once in a while.
Patient Zero 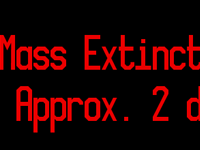 Site/Download
Made in Unity for the Global Game Jam 2011 theme of "extinction". From the summary: "You are Patient 0, a vector for the virus that will exterminate mankind. Play through 3 days, meeting various people, as you spread the illness and ruminate." A linear, text-heavy experience with light interaction, it pulls off a very oppressive (in a good way) atmosphere.
Meridian 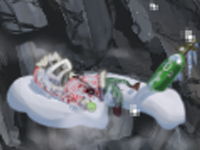 Site/Download
Made in collaboration within a team of three for Kokoromi's one-button Gamma IV competition in 2010. Players climb to the top of a mountain, based on precise timed button presses along a meter. Many lessons hit home during it: Keep instructions short or nonexistent, always include sound even if it isn't needed, and never make a game meant for public exhibition crazy difficult. It does still play pretty tightly.
Robutt 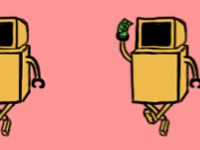 Download (Win)
Another game I made with GameMaker in 2009. It's a quick time event game where you play a robot that has to fit in and match other robots. Admittedly, the quick time events are pretty unsexy.
Pink 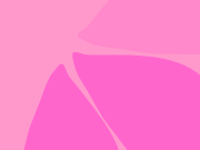 Play (Flash)
Pink is a simple Flash game I made in 2009. It's a G-rated(?) game about female stimulation. The only input is clicking the mouse.
Suffocation 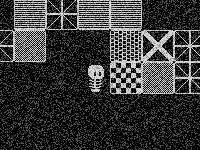 Download (Win)
A small experimental game I made in 2009. Done in GameMaker, players explore a procedural maze in an experience meant to emulate Frederic Chopin's Prelude Opus 28, No. 4, popularly known as "Suffocation."
Kipling 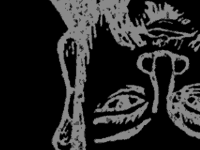 Rules (PDF)
Kipling is a discussion/debate game for 3-8 players made in 2008 by a small team and I. It consists of 300 cards with a word such as "submissive," "baseball," "sushi," or "capitalism." Every round consists of drawing one of these cards, and the players discuss if the word or concept on the card corresponds more to Western (European) society or Eastern (East-Asian) society. An exploration in ideology - much like other party games such as Apples to Apples, the gameplay is reliant on people's own views and interpretation. Through play, players gain a bit of insight into stereotypes, globalization, cultural reappropriation, and cultural identity.